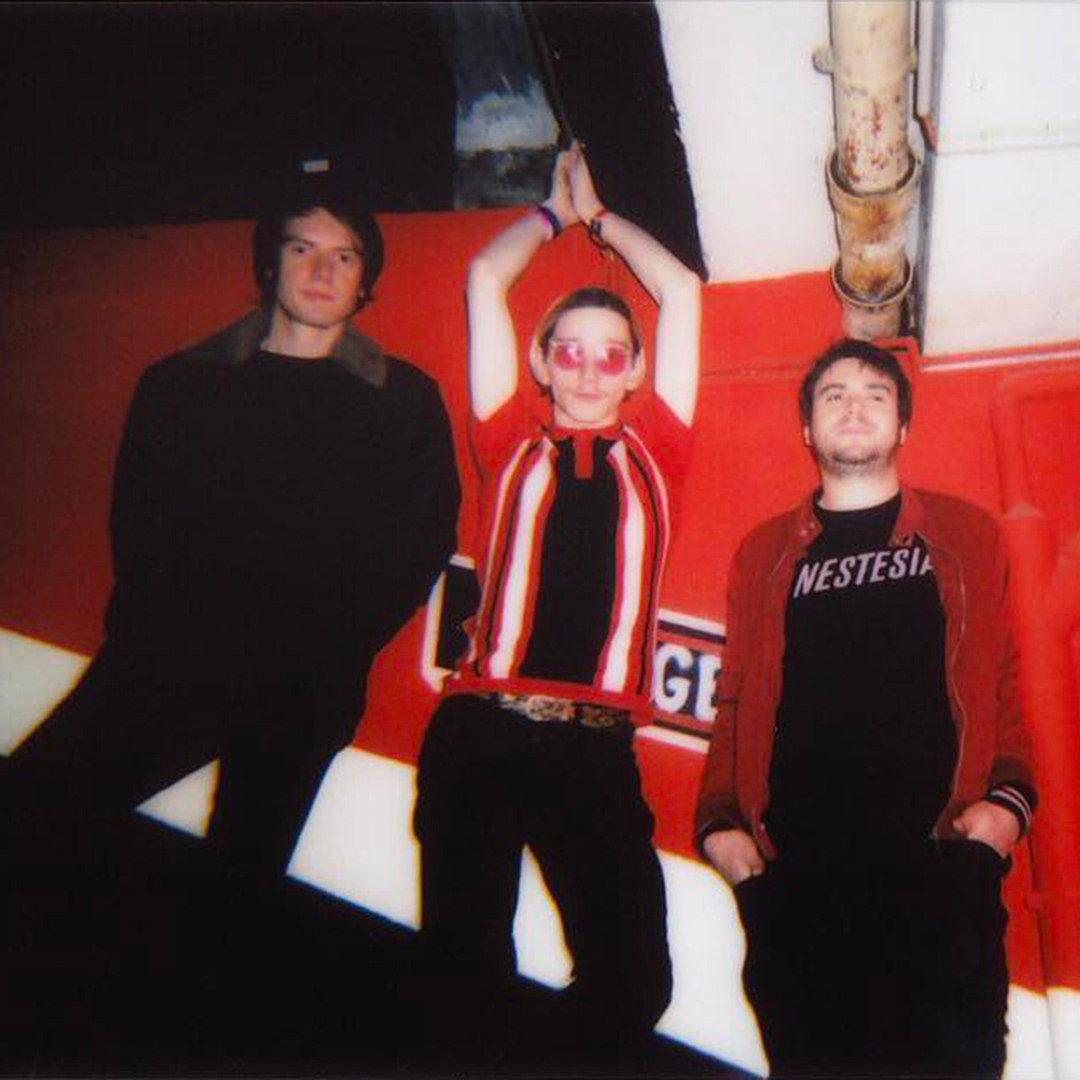 But sometimes you give a listen and say, heeey, look at this! Because some records still count ... It is hard to picture the most stupid listeners forgetting a copy of Rocket to Russia of Ramones or Crooked Rain of Pavement at a friend's place, same for this 'I Love You KeepDriving', the debut album of OKAY MONDAY. This band is a master for dropping powerpop bombs on you and instantly reanimate the air guitarist in you. It reminds you of the nineties of course, Weezer or Fountains of Wayne and you say fucking songs, weird high-pitched voice, fucking melodies and what a hell of a noise they make with just the 3 of them ...

So why are they not still unknown instead of celebrated? How come they have passed under the radar of specialists and scavengers of all kinds? How come they still haven’t got 17 million views on Youtube or all these tricks that are quite essential to music ... Good question, the answer leaves you puzzled until you realize that most of the Monochrome Set albums are not known by more than just a few thousand people around the world, that Number One Cup is rather confidential as are Papas Fritas,Nikki Sudden, the Honeymoon Killers, Spoon, Woods and Strange Boys ... It's probably because rock is dead for sure. But life is wonderful because it makes you discover jewels whose existence you did not suspect.

OKAY MONDAY is a band hailing from Lille, France, at first they were 7, then 5, then 4 and now 3. And this trio formula suits them like a three-finger glove. Aurelien on vocals and guitar, Jeremy on bass and Jean on drums. OKAY MONDAY took a radical turn to record its first real album: it is all played live and close to the bone. Nothing’s missing, you feel the band playing in a garage, right in your face, with a big smile.

At the beginning of its existence, the group released a title a week, for a year (yes 52 songs in total) all  about the end of the world... In 2016, OKAY MONDAY released "One Fresh Record Every Month" on Youtube, an EP or the equivalent of a single (2, 3 or 4 tracks) every month, just for fun and because these 3 boys are writing new material all the time. On the occasion, OKAY MONDAY is doing 100% human Karaokay Monday, they are the backing band for all who wants to sing a song, they can play anything, really, yes, they love to play.

I Love You Keep Driving